In what’s being called a severe blow to the local economy, Smith & Wesson, the firearm manufacturer founded more than 150 years ago, recently announced that it is moving its headquarters from Springfield, Massachusetts, to a new facility in Tennessee. The gun manufacturer’s announcement comes in the wake of pending legislation poised to ban the manufacturing of assault rifles in the Bay State. All told, more than 750 jobs will be moved from plants and other facilities in Massachusetts, Connecticut and Missouri to new headquarters in Maryville, Tennessee, a suburb of Knoxville. 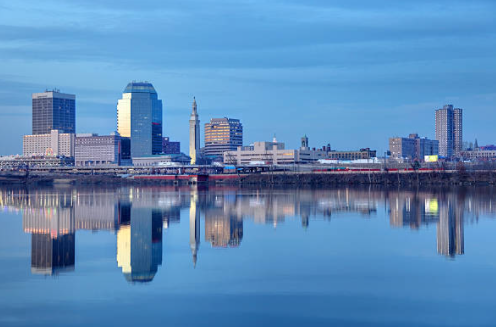 The move, announced on September 30, is one piece of the gunmaker’s overarching restructuring plan. In a recent filing made with the government, Smith & Wesson stated that it would invest $120 million in the new facility, including $6 million to acquire the 232-acre site on which the new headquarters will be built. Construction of the new corporate headquarters at the site, approximately 200 miles east of Nashville, is expected to start in the new few months.

Smith & Wesson chose the site in Maryville for many reasons, including the state’s stronger pro-gun laws, its large pool of qualified workers, its proximity to higher education institutions and its affordable cost of living. The company will retain limited operations – including approximately 1,000 employees – at its current site, a 575,000-square-foot facility in Springfield, after the new site opens in 2023.

Founded in 1852, Smith & Wesson has been headquartered in Springfield since its inception. Mayor Dominic Sarno described the move as “devastating” for the local economy. He has promised to help workers who don’t want to relocate to Tennessee to retain their jobs wherever possible.

In addition to relocating approximately 750 jobs to Maryville, TN, Smith & Wesson will sell its 150,000-square-foot plastic injection molding plant in Deep River, Connecticut. The company also plans to sublease its 145,000-square-foot assembling and manufacturing plant in Columbia, Missouri. A machining facility owned by the company, located in a 28,000-square-foot facility in Houlton, Maine, will remain active.

The gunmaker’s move to Tennessee is prompted by legislation introduced in April by Massachusetts lawmakers. When enacted, it will ban the manufacturing of assault rifles in the state. It is already currently against the law to sell such firearms in Massachusetts.

Smith & Wesson has spoken out against the pending legislation since it was first introduced, describing it as a significant blow to its operations. During the first quarter of 2021, the company sold more than 600,000 guns and accessories and reported sales of around $258 million – a figure nearly double that of the same period in 2020. The gunmaker produces revolvers, pistols and long guns, including assault rifles, which accounted for approximately 60% of its revenues in 2020.

It is unclear whether the pending legislation will affect other gunmakers in the state, one of the top ten firearms producers in the U.S. In addition to Smith & Wesson, Massachusetts is home to Kahr Arms of Worcester and Savage Arms of Westfield.